The Ardèche, between nature and heritage

Former province of Vivarais, Ardèche offers a great wealth of landscapes. In the Haut Vivarais, to the north-west, we find a country of high hills and medium mountains, buttress of the humid and green central massif.

In the center of the department, the Coiron plateau in the middle Vivarais, the soils are basaltic and limestone and form the clear transition with the south.

This one, the lower Vivarais, is much drier and already borrows from Mediterranean vegetation. It is here that the Ardèche has dug the spectacular gorges which make its tourist reputation with many caves and aven.
The gorges of the Ardèche open you to the grandiose landscapes of its natural reserve where scrubland and rocks intermingle vertiginous.

The department is covered on half of its territory by forests where it is good to walk with a temperate climate in the north while the south offers mild temperatures characteristic of the Mediterranean where the olive trees are exposed.

During your stay in Ardèche, you can visit a number of major tourist sites scattered throughout the department.

The famous medieval villages like Joyeuse & nbsp; its museum of the chestnut grove and the gorges of Labeaume; Saint-Alban-Auriolles and its dolmen, Balazuc, Saint-Montan…

The natural curiosities that are a must visit such as the very famous Chauvet cave in the valley of the Pont d’Arc, the Aven d’Orgnac and all the megalithic sites (more than 750) dotted along the paths.

Cultural tourism is not left out with the ruins of Roman Alba, the Romanesque churches of Larnas and the Saint-Marie de Cruas abbey , Viviers and its cathedral or the castles de Vogüé de Largentière, and Labastide de Virac; without forgetting the Aluna festival in Ruoms, a great pop-rock musical event that enchants visitors with a quality program that makes it one of the most important in the south of France.

Sport is not to be outdone with many possibilities: hiking, via ferrata, climbing, canyoning, caving, water and river sports including of course canoeing …

Push your investigations between the north and the south to discover this extraordinary department during your stay in your campsite . 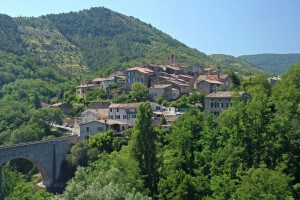 Camping in Coux near Privas Your campsite is in the charming village of Coux, located on a rocky outcrop – Celtic Coux height- mean it dominates the Ouvèze river bypasses in a smooth curve. Coux, surrounded by wooded hills, shows off its Romanesque look bell tower, giving it the silhouette of a Tuscan village. The […] 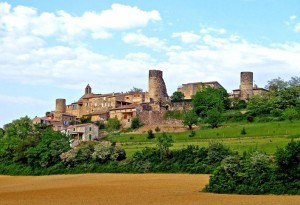 Camping near Saint-Vincent-de-Barrès 15km from your campsite, St. Vincent of Barres awaits, perched on a limestone outcrop overlooking the valley Barres. this village is labeled “cité de caractère” because of its rich heritage of which there are still many remains. Like many villages in height, there was originally a Gallic oppidum, located on the Roman […]

Camping in PRIVAS Ardeche Located in the Ouvèze valley at the foot of the Coiron plateau, Privas enjoys a sunny climate and like many cities of Ardèche, it offers a truly good life. All near your campsite, Privas waiting for a guided tour through the city with a historical journey. Privas, rich history It is […]